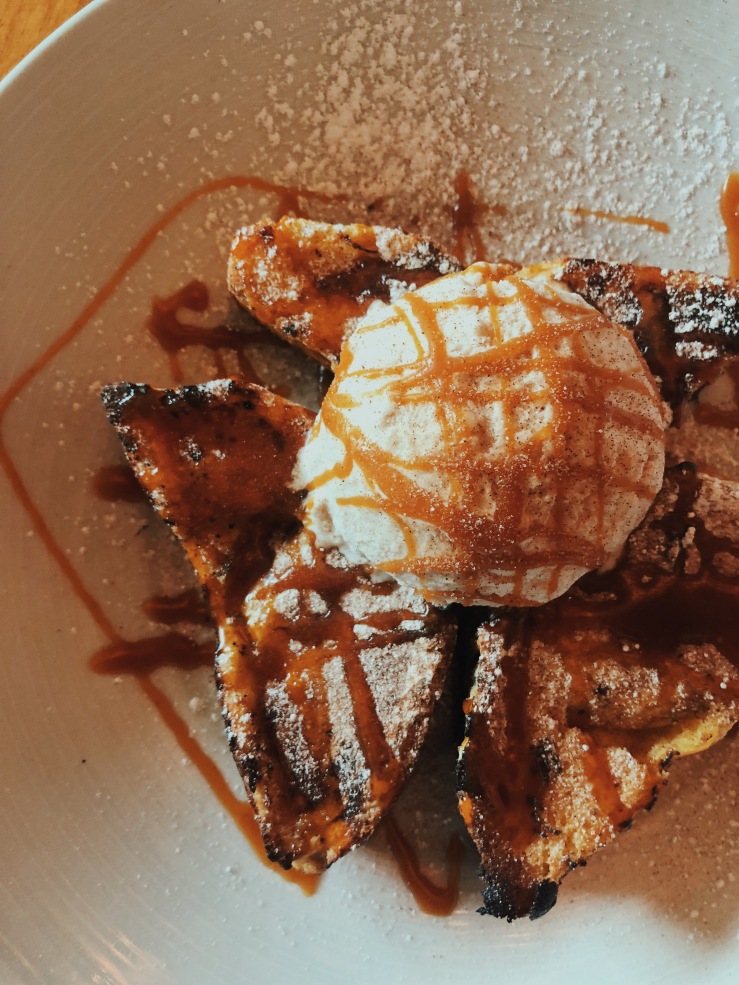 Lets start off with, woah. The decor. Just woah. Its a whole lotta stuff but it somehow fits together? I hope that whoever dec

Its not a phase, mom. I’ve been drinking a lot of micheladas lately. I can’t get enough. I don’t want to stop.

Too.. many.. choices.. who knew you can french toast that many ways.

I decided to get the Churro French Toast (3 slices Challah bread tossed in cinnamon sugar, Horchata ice cream topped with caramel sauce). Holy french toast. It was so good. Challah bread was made for french toast. Well~~~ fun history fact~~~ Challah bread is a special bread in Jewish cuisine. Its eaten on special occasions, like Sabbath. Okay, challah was made for special Jewish holidays, but also goes well frenched and then toasted.

Cinnamon sugar filled every bite, but didn’t overpower the the sacred challah bread. Everything on the plate complimented each other.

THE ICE CREAM. SO SIMPLE, YET SO GOOD. None of the components over powered, they complimented each other.