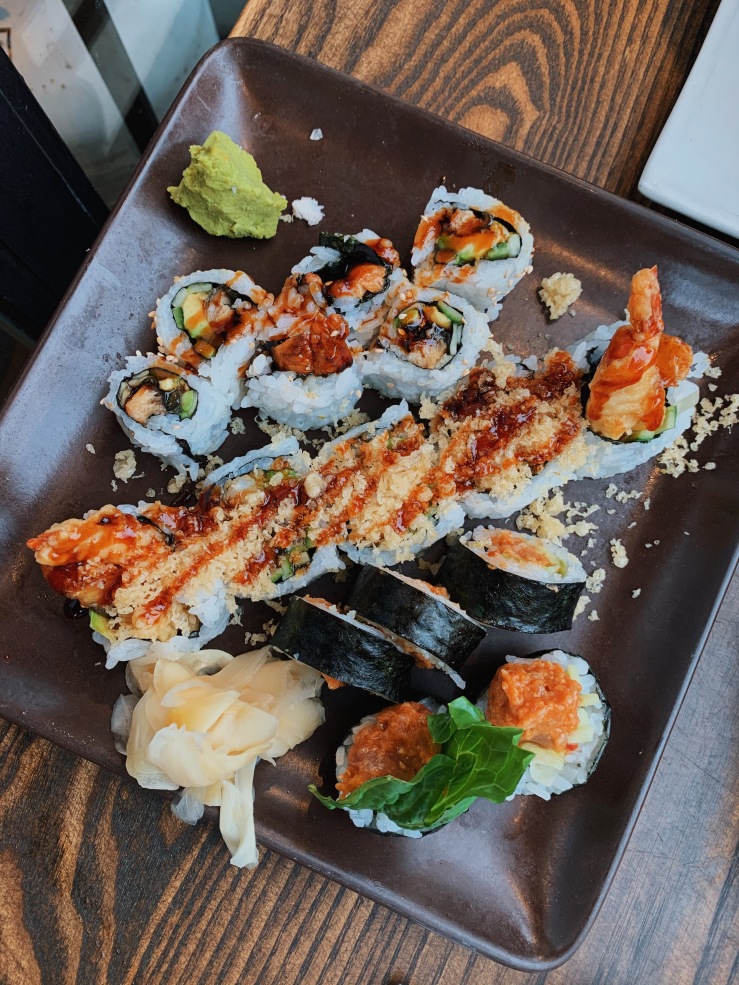 Before you come at me for eating at a restaurant, please know that it was outside, tables were spread apart to social distance, we were safe and we were just trying to support restaurants so excuse me.

Not that you asked or anything but my “boyfriend” and I have been “together” for three year-ish. We never actually solidified an actual date. He had asked me before to be his girlfriend but I was being a brat and said no. Since then, we played with different dates but ultimately would forget those dates lol. We would randomly surprise the other one with gifts or a nice gesture and we’d joke and say happy anniversary. We just moved into a new apartment together and decided on finally finalizing a date. August 22, 2020, marked our “three year anniversary”. We had dinner reservations to celebrate our milestone, then napped through it. Very on-brand for us. We spent the night playing Kingdom Hearts, which was equally as romantic, if not more. Luckily we were able to move the dinner reservations to the next night.

We went to Ace Wasabi located in the Marina, to celebrate our anniversary. Like every restaurant in San Francisco, seating was outdoors and spaced apart. Not a big deal but something to keep in mind for the future, we made the reservations on Open Table and when we showed up, they didn’t have any record of it. Nevertheless, we showed the confirmation and were seated immediately. They weren’t as busy as we expected it to be. We had walked passed the restaurant before and they always look “full” so we made a reservation just in case. After we were seated, there were a couple of walk-ins and they were told there wasn’t a waiting list and to try again later.

I love sushi and this place had really good reviews so my expectations and hopes were high. The menus could be accessed by scanning a QR code on your phone but they did provide a drink menu. All together we ordered…

We also got Dassai 50 sake. Normally, I like sake. There was a time in college where my house was obsessed with sake and sake bombs. This “fruity” sake was… not good lol. It wasn’t even that fruity. Normally you don’t need a chaser with sake, but this one left such a weird after taste I ordered a Sprite to help me swallow. Spitters are quitters. It eventually went down, but at what cost? I left with a nice buzz to keep me warm on the walk home. I would recommend any other sake.

MmhmMmm, where do I even start? Everything was straight fire (no pun intended). Our food came out not too long after we ordered or maybe we’re distracted by the sake we ordered. 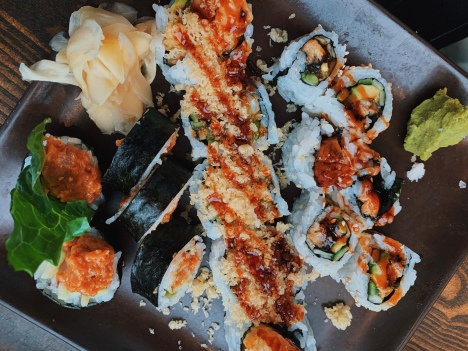 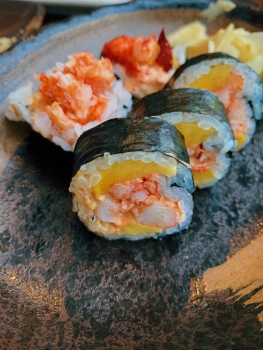 Okay, let’s get this show on the roll.

As you can tell, I was craving unagi (eel). Rolls made with unagi are always tricky. Sometimes the unagi sauce ratio is atrocious and they add way too much “crunch” (tempora). This wasn’t the case at Ace Wasbi. The rolls were *chef’s kiss* immaculate. I cannot think of one bad thing to say about them. Even the end rolls with the tail were perfect.

Visually the mango lobster roll seems okay, nothing too special right? Wrong. When it enters you and you bite, there is an actual burst of flavor. The spicy aioli almost explodes in your mouth to coat the mango and lobster. They were generous with their lobster meat and mango. I don’t recall any macadamia nuts although it said it came with it.

Tell me why I have a crush on my salmon sashimi? She was so pretty, absolutely glowing in that color, and did I mention, she’s also a thickie. 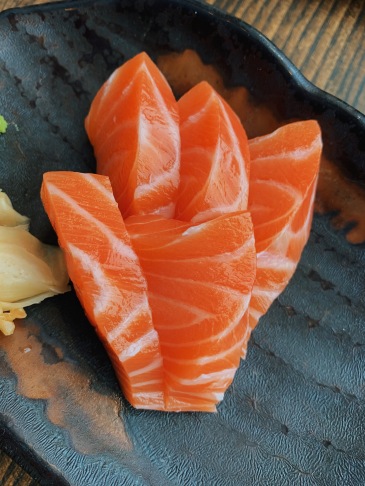 My shoyu ratio is different every time but I take shoyu and wasabi and mix until I get the hottest I can handle.

My mans loves crab so it wasn’t a surprise that he ordered the Kani. I didn’t have any but he said it was really good. He would’ve ordered more if he didn’t get so full from the other dishes. 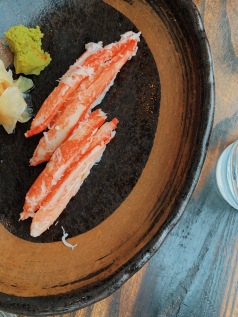 We ordered our miso soups for our final dish. It was getting chilly out and we wanted something to warm us up. I use to get miso soup when I’d get AYCE sushi to push everything down to fit more. Miso soup was a great choice to finish the meal with. I haven’t had a miso soup I didn’t like because I feel like it’s really hard to mess up.

Our waitress was the nicest person too. The service was great. We didn’t order a crazy amount but enough to get us full without wanting to pass out afterward. Our bill came out to around $115, with tip the total was a little over $140.

If you’re in the Marina and want to have a socially distanced meal, check them out! You don’t need a reservation but I highly recommend having one to avoid any problems. There are tons of dessert places around to finish the night with something sweet.